"13 Reasons Why": Giving Power Back to Hannah 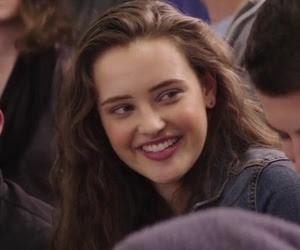 If you haven't read or watched the book/Netflix series "13 Reasons Why", this post will include spoilers and maybe not make much sense. I'm writing primarily for an audience that's seen it. Having said that, if you're thinking of watching it, this might offer a helpful primer - but you've been warned about spoilers!

In the months since the show's release, I can speak anecdotally to say that families are reporting that the show is facilitating difficult, but really important, conversations about the factors that lead to suicide. And that kids are showing up in hospitals citing this show in their narratives about why they are thinking about suicide. It's important to talk about the story - both because it can be really helpful for some kids, and because it can be really problematic for others.

What doesn't the show cover in relation to teen suicide?

For a quick disclaimer to start, a common critique of the show is that it does not present a realistic picture of clinical depression, and for a general audience it is important to point out that clinical, chemical depression is one of the main mental health drivers of teen suicide. Clinically diagnosed depression typically is believed to have social and environmental influences, but generally fits the 'disease' model of mental illness in that it very frequently has an underlying biological base that can be helped with antidepressant medications correcting for imbalance. This type of depression frequently kicks in during the hormonal shifts that occur during the teen years, and is experienced by many people as an ongoing struggle, or an abiding inability to enjoy life, a numbness and tiredness that kills motivation to live - sometimes this seems connected with external events, and others it seems inexplicable. Life feels empty, even when objectively speaking, it's not. When concrete-thinking teens start to feel this way, it seems permanent, and they sometimes decide to take their own lives.

But while the main character, Hannah, could probably have been diagnosed with clinical depression at the point that she killed herself, I don't feel it's a particularly strong critique of "13 Reasons Why" to point out that the show doesn't deal with this in an in-depth way. That's because Hannah's suicide wasn't driven primarily by a depressive sense that life is empty - but by a self-destructive response to trauma.

(Side note: because depression per se isn't exactly what the show is about, I'm not talking about it much, but I would direct people to reputable health care providers for education and ways to help. The Mayo Clinic site is a great place to start, and I used it as a source here.)

And as a picture of suicide as a trauma response, "13 Reasons Why" does present a generally realistic (if dramatized) picture of the type of situation that can lead to suicidal acts outside of the context of chemical imbalance leading to clinical depression.

In psychological terms, trauma is a distressing or life threatening experience, and can be a trigger for ongoing struggles with anxiety, healthy relationships, or PTSD.  It is something bad that happens that changes a person. And at times, trauma response shapes thought processes in a way that leads to suicidality.

In the show, each tape that Hannah creates is a descriptor of a trauma experienced. Like real trauma, particularly for kids and teens, some events which are relatively 'small' - rejection by a boy or loss of a friendship - seemed life-shattering to Hannah. And some events in Hannah's story, which are really experienced by teens (I can attest - there is a rotating flow of patients on our unit literally every day who have gone through similar or worse experiences) would be too big for even a well-adjusted adult to deal with on their own, like witnessing the sexual assault of a friend, or being sexually-assaulted yourself.

And as Hannah outlines her reasons for suicide in the tapes, we see her thought process being shaped by trauma in ways that are realistic. Across the series, Hannah develops a sense of isolation and humiliation as she loses relationships, and gets labelled as a slut by her classmates. She develops an increasing sense of hopelessness as adults seem unable to help her - either due to her parents time constraints or her counselor's ineffectiveness in his job. She personally can't figure out how to talk about it with anyone in a productive way, and she sees it breaking down the relationship she values with Clay. She develops a sense of helplessness and worthlessness following sexual assault by a popular peer.

While we see Hannah start to exhibit some of the symptoms of depression of the type listed above, it's an important point to note that, in making the tapes, she also begins to fixate on suicide as a way to take back power - a way to force her abusers, and the world more generally, to recognize the pain she's feeling, and to face some form of justice for the sometimes small wrongs, but often actual crimes they've committed against her (and others). And this is a major factor that ultimately drives her to suicide. She kills herself as an act of hopelessness, helplessness, and emptiness - but also as an act of defiance and way to achieve justice.

To be very clear, this is a real type of thought process that teens who experience trauma sometimes get locked into: they have been hurt. There is very little they can do to get back at those who hurt them - either because it's a wrong that can't be made right (like sexual abuse), because adults don't believe them when they open up (thus making the trauma worse), or because the person who wronged them has more power than they do - they are a respected family member, or a popular peer, or an upstanding member of the community. So, self-harm behaviors (cutting, anorexia, drug abuse, etc.) become a way to force attention towards the reality of the pain they are in. And suicide becomes the ultimate expression of that - a way to force the world to deal with the pain they have suffered.

And as a Mental Health Provider, I believe "13 Reasons" does an admirable, and helpful, job of presenting a realistic picture of teen trauma response, and a chilling picture of the way that our behaviors can impact others. But my biggest critique of the show is that Hannah's suicide strategy is presented as a successful expression of this realistic, self-destructive impulse to use suicide as a means to assert power. Through her suicide, and the tapes, she gets justice. She causes people she loves pain, clearly, but she also exposes her rapist, and forces people who've wronged her to recognize how they've done so. The show presents negative consequences of suicide, but it also presents a common suicide fantasy in a way that will be read by some as an effective strategy for expressing individual power in response to trauma.

I've read responses to criticism by the producers, but I'm not sure this is a criticism they've taken seriously or addressed.

A painful reality that one learns on the pediatric psych unit is that the kids who are most locked in to the sort of mindset that Hannah demonstrates on the show - that self-harm or suicide are the best, most appropriate responses to the wrongs they've experienced - are frequently the ones whose lived experiences most reinforce it. The kids I've worked with whose thoughts are most closely aligned with Hannah's in the tapes have frequently gone through a series of traumatic experiences, and have had a sense of helplessness reinforced by abusive family members, bullying peers, dismissive responses to reports of abuse from people in the system, and absence of understanding in their social circles. And so, the kids who are most likely to repeat Hannah's mistake are those with the least supportive social networks to give them reasons why not to. It's because of these kids that the show freaks me out. It's them that I worry will watch it, have self-destructive ideas reinforced, and be given more impetus to kill themselves.

The thing these kids, and Hannah, actually need are skills for resilience - not reinforcement for why suicide is a viable choice. From the adults in their lives, they need help building healthy relationships, staying active physically, mentally and emotionally, finding supportive adults who they can talk to honestly about their feelings, decreasing stress, adjusting unrealistic expectations, and developing a long-term view of life (that can feel so unnatural for teenagers) that life has ups and downs, even for people who've had terrible experiences, and that meaning can be found in life through both good and bad times. They need help developing a sense of power and agency over their lives in productive ways, rather than self-destructive. The drive for individual power and justice isn't a bad one - it should be reaffirmed - but kids in the worst situations frequently need to be directed to ways to achieve those goals that aren't self-destructive.

Although this is a critique of the show, it is also an important challenge, because as adults our responsibility to the kids in our lives who've experienced trauma is to create a clear and compelling case that there are better options than suicide for people who've been through terrible experiences, and to make help readily available.

None of us can address this alone, but we can take reports of abuse seriously when they're voiced, and we can watch out for our own kids and their friends, and we can talk to our kids about sex, and drugs, and bullying, and asserting themselves. We can work on empathy and learn warning signs. We can vote to support mental health systems that directly support the most vulnerable kids. We can support school levies so schools can hire competent counselors. We can lobby for a criminal justice system that doesn't unnecessarily re-traumatize people who report abuse. And we can get over our own hang ups and talk about this stuff in a proactive way. There's a lot we can do to help kids who've been through trauma figure out that they're more powerful alive than dead. The show is there, kids are watching it, and if nothing else, I hope "13 Reasons Why" moves that conversation forward, despite its failings.

For developing an understanding of both what impact trauma has on teens, and ways they can develop skills to deal with it, this link from Cincinnati Children's Hospital is a great starting point, which you can follow up with a visit to the SAMHSA website on Trauma Resilience.