What is Las Vegas? 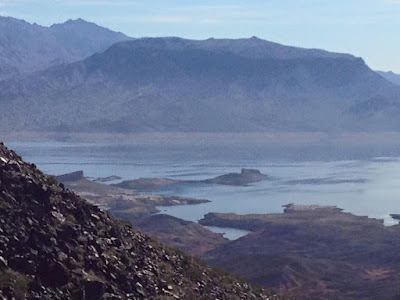 Having been around Vegas for a month, I'm starting to consolidate some impressions about what this place is. These are, of course, initial impressions, but things here are different than expected in a lot of ways, so maybe you, readers, will be interested to hear some thoughts.

As an outsider who has traveled quite a bit, my gut reaction to locals here has typically been that they're odd in a way that's difficult to put my finger on. Everywhere you travel it's possible to identify cultural differences, but in my experience it's actually pretty rare to get the intuitive sense that there's something fundamentally different about the people you're surrounded by (particularly when traveling within your own country). It's a short list of places I've been in the US that gave me that feeling: Rural West Virginia, Rural Utah, Rural Nevada, Kauai, Las Vegas. There are probably more, but I can't immediately think of any.

It would be helpful if I could pinpoint it, but I'm not actually sure what triggers the gut reaction. It's nothing overt, but the helpful piece of it has been that it's caused me to think about what's distinctive about Vegas.

All of the other "weird" places I've been have been isolated spots, cut off from most of the country due to geographic or cultural distance - "islands", either physically or culturally, and Vegas is, in a way, an island in both senses. Geographically it's a major land-locked city, but it's in the middle of a massive expanse of desert. We've driven in every direction, and it's at least 3 hours in any direction to get to any civilization that isn't a small struggling mining town propped up by a casino or two.

The geography doesn't seem to fully explain the sense of isolation/distance here though: Arizona cities don't feel so weird, and anyway Vegas has to be one of the most connected cities in the world. There are between 3 - 4 million visitors here every month. I didn't believe that stat when I first heard it, but apparently it's true.

That's why I've come to think that most of the sense of difference is cultural. Vegas is the only Las Vegas - America's (and to a lesser extent the world's) rumspringa destination where people come to stop following social norms and basically do whatever they want. I've seen it written multiple times in local media that Vegas has a sense of being a plastic city, with no real culture of its own. Maybe that sense comes from the fact that downtown is in fact made of plastic, or from being overwhelmed by the visitor population that is more than 3 times the resident population, but in actuality the opposite is true. Vegas has one of the most distinct cultures of any American city. It's the mob city, the casino city, the fat Elvis city, the party city. It's the most libertarian city in the US, and the shiniest, and so many people come here because it's so distinct. The city's reputation is also maybe the most polarizing in the US - if you mention Las Vegas, regardless of whether they've been here, people will invariably respond that they love the city, or think it's a disgusting cesspool (I'm a convert, but I used to be in the latter category, by the way). Because of that, I think locals have a stronger sense of what others think of them than just about anywhere else I've been.

Just because people here strike me as weird doesn't mean that I don't like them. Actually, I find the culture here to be really friendly and relaxed. Off strip, I think the most immediately striking characteristic of the culture is that people don't take themselves too seriously. The pace of life is relatively slow (another island characteristic), people are friendly, and recreation is as important of a value as career success. There is a lot of visible money here (people fly in from all over the world to pretend to be high rollers), so there are weird social pressures towards success and beauty, but there is also a lot of visible fun here. And the people who live here seem much more likely to strike up conversation about what you're up to that weekend than what you do for work. There are good and bad consequences of that, but in general it leads to a generally relaxed lifestyle and a surprisingly high quality of life for locals.

I've said it before, but it really can't be overstated how surprisingly awesome of a place Vegas is for someone who's main love is the outdoors.

The culture clearly isn't "outdoorsy" in the way that PNW or CO cities are, which has meant that there aren't as many easy/visible ways to tap into the outdoor community, but the physical geography is at least as amenable to outdoor activity as in either of those places, and maybe even more so because the weather is perfect for 8 months of the year.

The city itself is a surprisingly great biking town: It's flat, with hundreds of miles of bike lanes and trails, and it's sunny every day, so it's great for bike commuting. Drivers are crazy, but are more courteous towards bikers than in a lot of the country. There's a 34 mile "River Mountain Loop" open just to bikers and pedestrians that takes you through the desert wilderness outside of the city, and a 100 mile biking loop around the Vegas valley is being actively developed.

And the mountains here are actually just as accessible as they were in Seattle - if not more so. People tend to know Red Rock (which is awesome), but the Lake Mead National Recreation Area is a 20 minute drive from our house, or an hour bike ride, and it is a genuinely massive area of accessible mountains, canyons, and lake that is as beautiful as anywhere I've been. The NRA stretches all the way to Grand Canyon National Park in the south east, and yesterday we drove for an hour north east entirely inside of it to Valley of Fire State Park with almost no traffic. The trail system here is definitely less developed than it was in WA, but that doesn't matter because the desert terrain is perfect for off-trail hiking, making it possible to hike any wash or canyon, or climb basically any mountain you can see a route up. And the outdoors community is smaller here, but that means that nothing outside of Red Rock is crowded, even on the weekend.

And that isn't even factoring in the city's proximity to basically everything beautiful in the Southwest.

All things considered this is an amazing place to spend the winter, and I'm stoked that my family is here now because even for someone who never thought of themselves as a "Vegas Person" it's a great part of the world.
Email Post

Martin Criminale said…
Stumbled across this on Google+ and had to check it out. :)

I totally agree with point #1! Regarding #3 I also agree in the winter but the other nine months of the year Las Vegas is almost intolerable while outdoors. I checked out some running clubs once during a visit and they all meet at 5:00 AM. Because as soon as the sun rises you melt. To the tune of sustained 115 degrees during the summer days (and sustained 90 degree nights)... But December? Sweet running/cycling weather for sure.
December 8, 2015 at 2:04 PM