Some Reflections on Hawaii 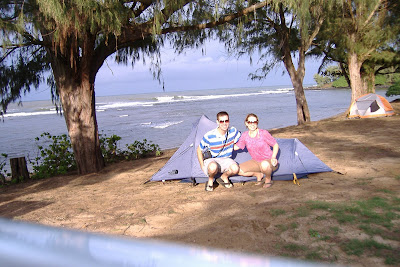 During the previous two weeks, while the entirety of the continental US was blanketed in snow, including 12 inches on Capitol Hill in Seattle, it was around 75 degrees with a mixture of sun and cloud in Kapa'a, Kauai, HI. The fruit was fresh and sweet, and the occasional rain was warm and pleasant. Beyond that, the island and my cousin's wedding were beautiful and the break was much needed. We got a lot of reading in, found out that we weren't quite as tough as we'd hoped, and felt that our safety was threatened more than is average on vacation.

When you camp on Kauai you meet a lot of beach bums - in our case one new acquaintance woke us from a deep sleep at 2 am at the sight pictured above, apparently thinking we were a friend named 'Deuce' and interested in purchasing some cigarettes. In a less anxious interaction, a man named Bill who has been living under a tarp on the Kalalau Trail for the previous year and a half warmly welcomed us to the unofficial 8 mile campground after a day of rain, muddy mess, sheer cliffs and biting off more than we could chew. 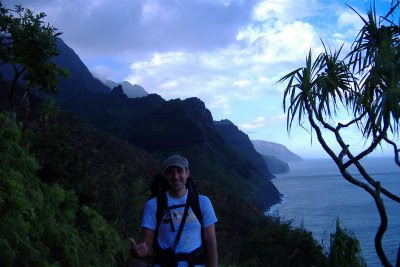 Tim on the Kalalau, ignorant before the storm

Beaches on Kauai are great. Hanalei is the best, in my opinion. Somehow we didn't get any pictures there, so here's Angel at the wedding sight, Shipwreck Beach: 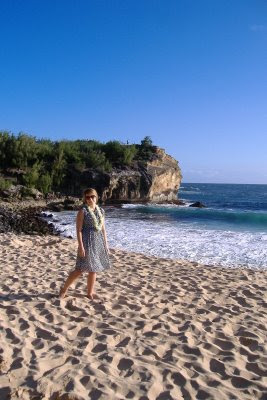 Also, me at Hideaways, where we swam with the mighty Sea Turtle: 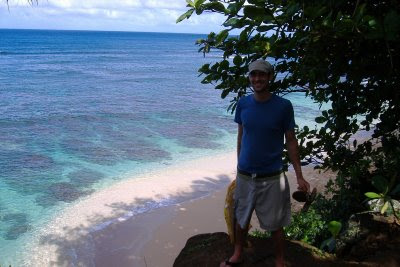 Also, there are a lot of rainbows in Hawaii: 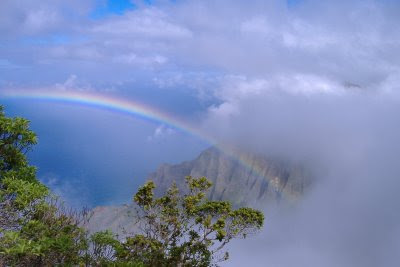 And Mark Twain is said to have called Waimea Canyon the 'Grand Canyon of the Pacific', but apparently never visited there. We did though: 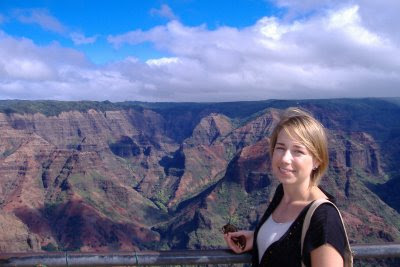 If you're on Facebook, I put up more pictures there.

It was a transitional point for me - between jobs, happy New Year, and all that. We generally stayed occupied, but there was some time for reflection. Major conclusions were that

2) My favorite kind of interreligious dialogue is with the scientists: most recently, Carl Sagan in The Varieties of Scientific Experience. The word 'religion' apparently derives from the Latin ligare, meaning 'bind, or connect', which I think is helpful. Religion for me is a method of binding together the world. Also, skepticism is extremely helpful, and recreating religion is both fun and necessary.

For now it's this: