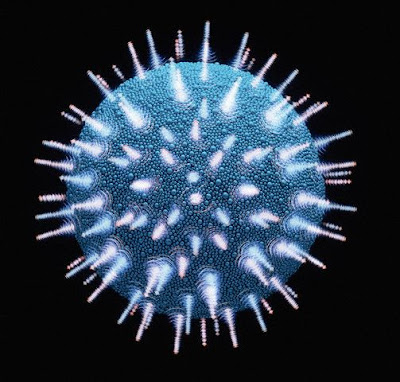 (I didn't like the end of this so I updated it on Saturday the 13th, though the post time doesn't indicate that.)

Across the last few weeks I've been ruminating on my experiences with Multifaith Works and thinking that I need to come up with a comprehensive post on it. I don't know if this is it, but yesterday was my final paid workday so I've decided that I'm ready to hunker down and hash a few reflections out, for your benefit and mine.

Those who've been in regular communication with me will know that I worked with MFW for the bulk of 2008, and have volunteered with the organization since 2005. My involvement has been with the CareTeams program, and primarily with HIV/AIDS clients (called CarePartners, who I will refer to as CPs from here on) and the volunteers that work with them. As a volunteer I (still) personally function as a member of a team that provides support for a woman that lives down the street from Angel and I, and as an employee I helped connect volunteers with each other and with clients, and I managed a computer database coded by the Dark Lord Himself. It's been an extraordinarily valuable experience on a variety of levels.

Most crucially, I think, MFW has given me a concrete understanding of the value of community, and the relationship between relationships and physical, emotional, mental and spiritual health. For a lot of CPs, MFW volunteers are a pathway out of social isolation that develops because of a disease or a sexual orientation or an abrasive personality or a mental illness. CareTeams are miniature intentional communities committed to meeting needs and developing relationships with individuals despite (or even because of) their difficult-to-confront qualities. In the course of my employment this year, I've seen cases where developing friendships/CareTeam relationships literally saved lives, turned around suicidal and self-destructive behavior and helped to alleviate mental and physical illness. This might be common sense, but healthy communities can work miracles in producing healthy individuals. On the flip side, unhealthy communities are the source of an incredible amount of both physical and mental illness.

This truth has some significant corollaries. At a very personal level, the MFW experience has helped to convince me of the necessity of 'settling down' in an area and putting work into nurturing relationships. For all that we've learned in traveling, moving around so much has taken a big toll on Angel and I, and as we're starting to regain a sense of community here our general level of anxiety is decreasing and our general sense of peace is increasing. I think that I've regained an understanding of what it means to value people, and re-discovered a sense of wholeness connected with listening and being heard.

In relation to my career path, this aspect of the MFW experience has also helped to re-convince me of the value of the church community at a time when I've had some serious and fundamental questions. Working with a population that is primarily GLBTQ, I've seen clearly the destructive nature of dysfunctional and isolating religious communities, and I've given up on ascribing any value to the sort of dogmatism that values principles over people. However, I've also gained a clear sense of the potential that exists for churches to be healing communities and liminal places in American society, as they embody a clear and ongoing tradition of gathering with the explicit purpose of supporting and loving one another. 'The Church' as a global entity isn't going to be fixed anytime soon, but dammit, some of us are going to redeem this religion.

At the level of social ethics, this work has convinced me that our isolating tendencies - individually, politically, religiously, etc. - pose serious moral problems and are just generally bad policy. Society suffers when individuals are cast out of it - both b/c whatever problems they had in the first place are exacerbated and compounded, and b/c others are allowed to exist without addressing the challenge posed by the outcaste. Self-segregation, Suburbanization and White Flight are critical moral issues for our society as a whole, as are the growth of the prison system and the continued legal, social and religious ostracization of racial, sexual and religious minorities.

I've written before in a variety of places about the personal and religious transformations I've experienced during the previous three years, when most of my best friends have been GLBT and/or Q. If you're interested in piecing together that narrative, you should visit those posts. While my shift from 'uncomfortable with gay stuff country boy' to 'fag-stag' (a term I learned a few days ago that describes a straight male who surrounds himself with, well, I guess non-straight folks) has undoubtedly been one of the most significant shifts facilitated by my MFW involvement, it's something you've probably heard quite a bit about before (If you haven't, this is a light-hearted but generally true post on the topic that I wrote soon after starting at MFW). In concluding my employment at MFW, the addition that I would make to that discussion is that this community has not only helped me to work on breaking down my ongoing and aptly-titled homophobia, it has allowed me to finally develop a healthy view of my own sexuality as an integral aspect of my human identity.

The curse of membership in a sexual minority is that one is identified frequently and primarily according to the sexual attractions that one feels and the behaviors that others suppose one engages in in the bedroom. The wisdom that comes out of that experience is that sexuality and identity aren't separate spheres - sexuality is fundamental characteristic of who you are - what it means to be human - and ultimately that is a thing to be accepted as good. You might be surprised to hear that small-town conservatism didn't teach me to think in those sorts of terms, but interaction with the good people at MFW did.

When I started at MFW at one point I jokingly identified my sexual identity - the way in which I categorize my own gender, the people that I want to have sex with, my experience of physical attraction, and so forth - as 'repressed'. I think that was fairly accurate. Most of us in the West, I think, have been living in a dualistic, Cartesian and Christian world where 'sexuality' is seen as something fundamentally separate from, and probably deleterious to, 'humanity'. I certainly was raised in that sort of atmosphere, and even when I stepped out of it have operated as if sex were an 'act', or a 'thing', or a 'show', or a 'characteristic', and nothing you'd want to discuss. The gift in the idea that sexuality is in essence the whole person - or at least pervasive of the whole person - is that rather than being a problem to manage, deny, or repress, sexuality can become a human characteristic to be celebrated, enjoyed, acknowledged, expressed, etc.

For those who have been tracking, you might have noticed that I've worked on integrating that kind of idea into a coherent sexual theology informed by Christian tradition here here here here and here. A new theology of sex is something I needed personally - I haven't achieved it entirely, but MFW has allowed me to start.

And finally, sentimentally, very simply, and most importantly, what I'm leaving MFW with is a large set of new friends. Lesbian, gay, straight, transexual, white, black, poor, rich, employee, client, volunteer, whatever. My life has been deeply enriched and many lessons have been learned from a group of people that I almost definitely wouldn't have come across through any other avenue.

Anonymous said…
I'm sure God put you into the MFW setting to enrich your life, as well as the lives of those you touched while there. You're a good person.
December 13, 2008 at 12:49 PM