Here are some photos from Oyster Dome, near Anacortes, WA. Angel and I went hiking there on Saturday. 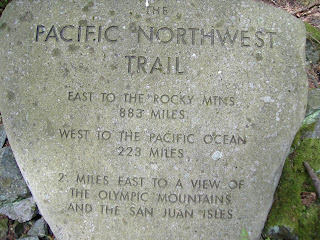 Apparently our hike was a short section of the Pacific Northwest Trail, which I didn't know existed, but sounds big. 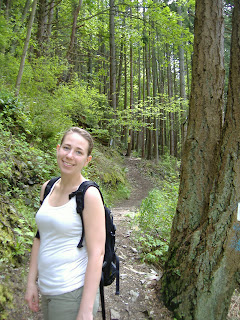 Here's Angel "before". Have you noticed that photos don't capture hill grade well? 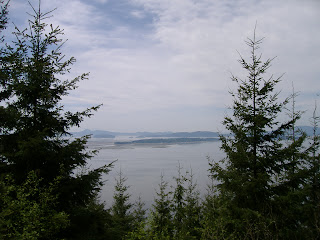 This was the first view we saw, over the San Juan Islands and the Strait of Juan de Fuca. 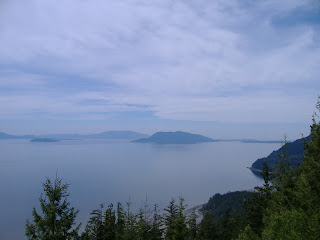 This is another shot from a little higher up. 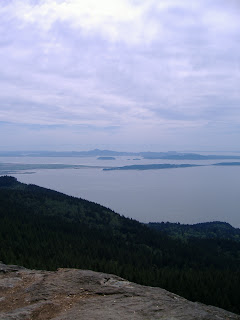 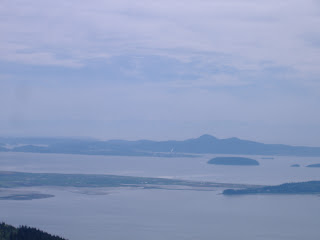 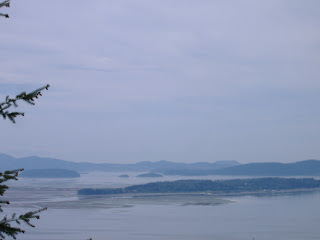 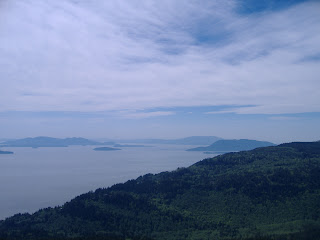 And four more from "the dome" itself. It's apparently made entirely of fossilized oysters. Not really. It is however about a two and a half hour walk (straight) up. I'd tell you what the islands in the pictures are, but I don't know. Anacortes is in there somewhere, as is San Juan Island and Orcas Island, and some other little islands. If you click for a large view, you should be able to see the Olympic Mountains in the background very faintly. 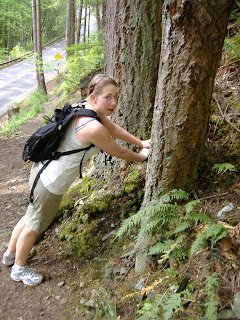 Here's a posed picture of Angel "after". She was tired, but in this photo she's just pretending.
Email Post