Maybe I'll be a Deacon for the Whore of Babylon?

Along with being occupied with about fifty work commitments this weekend, including a major fundraising concert at Multifaith Works and Youth Sunday at St. Margaret's, I've been doing some interesting reading. About five years ago, my dad's dad lent me this old book that I've finally opened up, audaciously titled "Birth of a Reformation" about the founding of the denomination I grew up in, The Church of God (Anderson). Our founder was one D.S. Warner, an itinerant preacher who got kicked out of the "Winebrennerian" sect (also called the Church of God) because of his view that Christians can--and should--be entirely sanctified and free of sin. He subsequently denounced the Winebrennerians, and all other members of all other churches, and tried to start a non-sectarian Church by going into congregations and exhorting members to leave their Babylonian, Satan inspired organizations behind to worship with him. The turning point for him happened on April 9, 1878, when he wrote in his diary:

"The Lord blessed me and greatly awakened my own mind and I think opened the eyes of others to the importance of abandoning all human and party creeds, party names, party spirit, and party interests in order to maintain a life of perfect holiness, as well as to the duty of returning to the "faith once delivered to the saints" in its entirety."

The movement took off, at least a little, and 150 years later it's a (non-denominational) denomination with about a million members around the world, though it still has no official membership. Charles Schultz of Peanuts fame and Bill Gaither of awful Southern Gospel Music fame are the only two COGAites whose names you probably recognize, though I think saccharine Christian singer Steven Curtis Chapman also was a (non) member at one point. My family goes back with the movement about as far as you can: my great-grandparents on both sides were part of it, my Grandma's dad was ordained in it, and all of us kids were raised in it, though my generation and my parents' generation have generally crept away from it.

For those of you who've followed my postings for any amount of time, you might be interested to know that this is the (non) denomination that I grew up in, as I have since embraced the second most Babylonian denomination of them all (after the Catholics) in the Anglican communion. The interesting part about reading this book for me has been that it's helped me to identify some of the roots of my complaints about the Episcopal Church, where I still find myself sitting a little uneasily. In fact, I'm surprised by how much I identify with Warner's worries about membership in any religious sect, though my cultural situation is quite different from his, and though I'm not yet as sold as he was on phrenology. How very American-individualist of me, but I'm inclined to agree with his suggestion that "To join a sectarian denomination is never by divine prompting, but is urged from human source". I would agree, in fact, that I'm an Anglican due to pragmatic (though also spiritual) expediency rather than a strong sense of "divine calling" to the denomination. I'm here because I feel like I need to be somewhere, and this will do.

Something that's certainly affecting the way I'm reading this is that I've been going through another cycle of questioning whether I really want to marry the Episcopal Church and become a priest. I'm just still not sure that the benefits of the priesthood outweigh the costs, or even that I really want to spend my life playing the role that a priest does. I don't know that I want to embed myself that deeply in the church community (and hence cut myself off that completely from the non-church community) , or put myself in the situation where I'm dependent upon the church for income (to pay off the ridiculous student loans that I will accrue if I go to seminary, among other things). I feel like this church, like all churches, is so screwed up that I need to maintain some level of separation from it and function as a critical/prophetic voice rather than as a sanctioning voice. As a priest, that's a difficult role to play--not just b/c your livelihood depends upon keeping the church happy, but also b/c your pledged role is to be a unifier and gatherer in the community.

Which is why I'm finding myself newly enamored with the Diaconate. A Deacon's role in the Episcopal Church is basically to live in the real world, and to grab the institutional folks and shake them until they wake up to what's happening there and act accordingly. (You're also supposed to focus your time on working with the poor, the ill, and the dispossessed, which I'm totally down with.) It's an ordained position, so the bishop lays his/her magic hands on you and tells you that you're special, but not generally a paid one, and hence not generally one that I've thought about much. Now though, having realized that there are lots of other things a strapping young lad like myself can do to make money, I'm getting more and more intrigued by the possibility of freedom to exist in the real world and the church simultaneously. D.S. Warner, of course, would be disappointed with me, but honestly it's in his spirit that I'm thinking in these terms. I just can't see myself as someone who wants to sanctify the Way Things Are. I want to travel outside of the structure and challenge it as much as I want to travel inside the structure and sanction it. 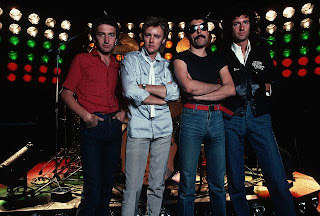 (This popped up when I typed in "Deacon" on corbis.com. It's a picture of Queen.)

This is what you say you'll do as a Deacon, and I find that I'm pretty comfortable with it--probably more comfortable than I presently am with the promises you make as a priest:

"My brother, every Christian is called to follow Jesus Christ,
serving God the Father, through the power of the Holy Spirit.
God now calls you to a special ministry of servanthood
directly under your bishop. In the name of Jesus Christ, you
are to serve all people, particularly the poor, the weak, the
sick, and the lonely.

As a deacon in the Church, you are to study the Holy
Scriptures, to seek nourishment from them, and to model
your life upon them. You are to make Christ and his
redemptive love known, by your word and example, to those
among whom you live, and work, and worship. You are to
interpret to the Church the needs, concerns, and hopes of the
world. You are to assist the bishop and priests in public
worship and in the ministration of God's Word and
Sacraments, and you are to carry out other duties assigned to
you from time to time. At all times, your life and teaching are
to show Christ's people that in serving the helpless they are
serving Christ himself."

Anonymous said…
deacon. that has a ring to it. not as much, if any, baggage tagging along, either.

isnt historical religious thought interesting when it has bearing on your views?

do not the religious of generations past seem terribly gullible? i mean, to have some guy come into a congregation starting shit about holiness and doctrine and buried treasure and seer stones and whatever all those pioneers in new american religion talked about...damn. all those people must have been as confused as you are most days. and off they went with the new leader. i always envision twain's swindling evangelist everytime i read anything old and religious.

i never can take the words seriously.

i mean, come on "the lord blessed me and greatly awakened my own mind and i think opened the eyes of others..." why do protestant evangelicals never just write what they think instead of bringing god into it and blaming god for their ideas? god must be sick of enlightening people by now.
April 21, 2008 at 7:48 PM