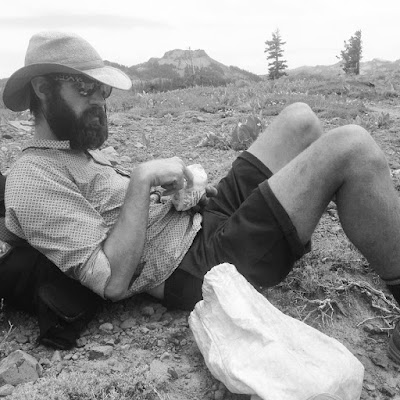 After 16 months involving at least 3000 miles of hiking including the entire Pacific Crest Trail, three months of Las Vegas that I'm still not sure were real, two continents, 10 countries, thousands of miles of western US dirtbagging, an Alaskan Cruise, skiing, running, learning Spanish, making new friends, Patagonia, alpacas, Mormons, miners, Mayans, Machu Picchu, cerveza, pisco, sloths, 100% aventura, life and death, we rolled back into Seattle yesterday afternoon to stay for the foreseeable future. Angel starts a three month contract on Monday, and I start a permanent (though per diem) job at Seattle Children's on August 1st.

In the last year and a half, we've gone through a series of experiences dramatic enough to change anyone's worldview - we quit our jobs and spent 5 months hiking across the country, we traveled for 4 months in Latin America, and most significantly for me, my Dad was diagnosed with brain cancer and died three months later. The background context for our lives is dramatically different now than it was when we left Seattle in April 2015.

Thru-hiking itself is, for most people, a transformative experience. For us, it was like a crash course in the most adaptive type of dirtbaggery.  We learned genuinely minimalist values because carrying less crap makes you enjoy life more when it sits in a bag on your back all day long. (Before the hike I felt like I should want less crap, but secretly didn't. After the hike, I genuinely do just want to throw all of my things away and not replace them. Except maybe our couch. That's comfortable.) We learned to hitchhike, and eat cheap, and trust strangers, and never ever ever change our clothes. We met like-minded friends who have hacked life to maximize enjoyment and minimize costs, and we spent half a year without going anywhere that wasn't stunningly beautiful. Before I felt like a bit of an outdoor dilettante - "outdoorsy" in a city-folk kind of way. Now I resent that daily showers are a societal expectation.

A Series of Pretty Photos: 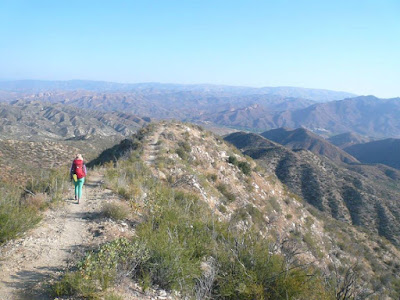 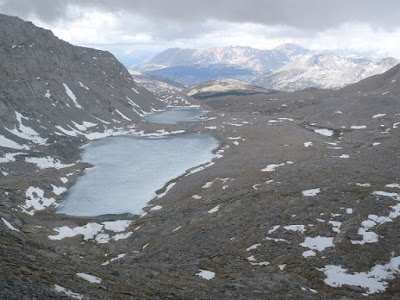 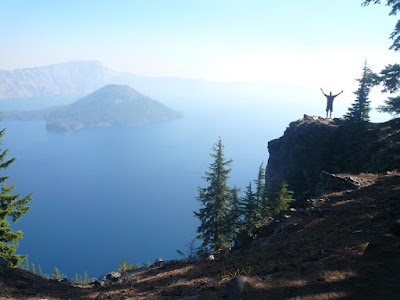 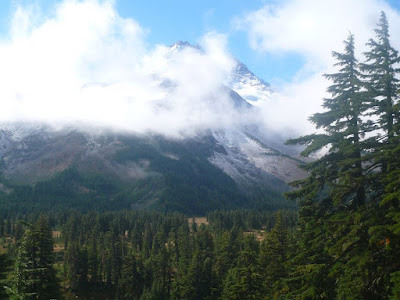 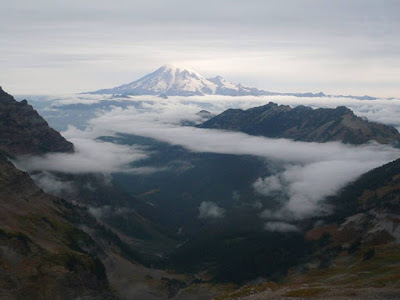 And while for the casual friends-list observer, it just looks like a series of pretty photos, the thru-hiking experience is seriously, no joke, incredibly difficult. Thru-hiking was by far the hardest physical thing I've ever done. If you've ever gone through an experience that leads to burn out - work, a Masters Degree, whatever - that is what it's most comparable to emotionally. You hike all day, all afternoon, and all evening. You feel like you never do anything but hike. You get to the point where you don't take breaks. You don't sit and enjoy the scenery or stop to fish in a lake or contemplate the meaning of life. It's not that you don't appreciate the beauty around you: the entire trail was stunning, and every day at times you felt like there was nowhere else you'd rather be.  It's just that at some point along the trail you realize that you would rather do anything but hike, but you still have a lot of hiking to do and so you have to just keep hiking. Physically, you lose all the weight you possibly can, you get to the point where you don't notice that your legs ache all the time, you are constantly calorically deficient, and you forget what it feels like to feel normal. The downside of the experience is the suffering, but the upside is the beauty, the adventure, and the sense that you can figure out how to get through anything.

And travel in Latin America was, in some similar ways, both transformative and exhausting. Again: it looks like a series of pretty photos: 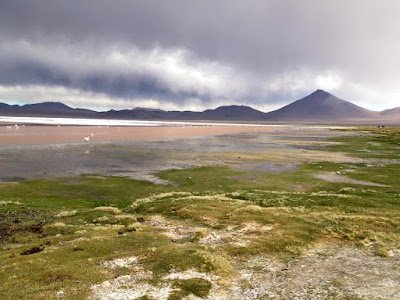 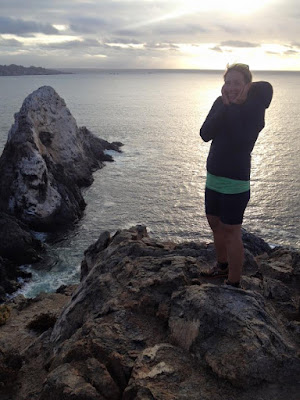 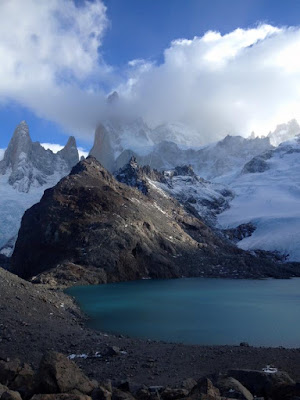 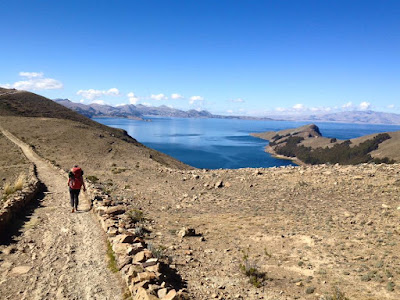 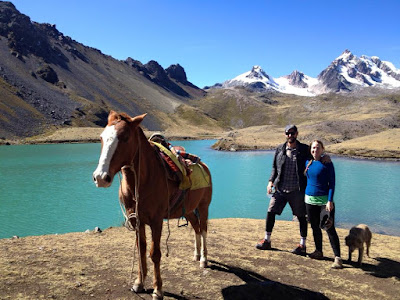 And it's true - while it's not a competition, the places we went in Central and South America were maybe even more stunning, on average, than the places we went along the PCT. The world is an amazingly beautiful place, and it is filled with great people.

You can't travel abroad without some impact on your view of the world, and in particular you can't travel in places that are both dramatically different and dramatically less wealthy without impact on your worldview. Let's be honest - we Americans frequently avoid traveling south because we're anxious about our safety and comfort. (In part, for me it was because in the back of my mind I knew that Western government and corporate interventions had consistently been screwing over the locals for centuries, so I expected animosity.)  And so, when you do, and you find that the people are kind, gracious, and trustworthy, and that infrastructure is organized and affordable, it makes you realize that you're kind of a prejudiced ass. Or, for a more charitable assessment, it broadens your view of humanity and helps you see that most people, regardless of situation, are basically just trying to get by without hurting other people. Which is not to say that it wasn't hard, or that I didn't constantly get sick from eating too much street food.

We met Sandinistas in Nicaragua who had literally been shot by US backed soldiers, but treated us respectfully, and just wanted us to tell our fellow Americans that they felt they were fighting for their freedom. And we met former illegal immigrants in Guatemala who had risked their lives in a dangerous coyote system to get to the US because they didn't have other options that would allow them to provide housing and education for their kids. No murder or rape - just a few years working as gardeners before returning home to build cinder block houses for their kids with money paid by rich people in the Bay Area. And in Chile, where a few decades ago the US backed the overthrow of their democratically elected president by a military dictator who murdered his own citizens and eliminated civil liberties that we consider basic human rights in the US, we were embraced warmly by people who were taking responsibility for developing a just political system. In four months, we experienced zero animosity, and consistent friendliness while we bumbled through language classes and travel. 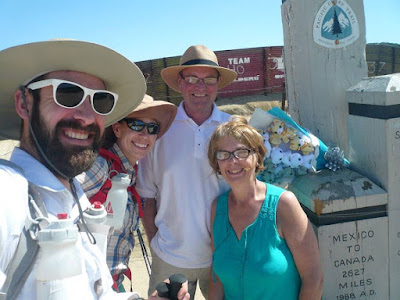 My experience of Dad's death was different from the other big events of the year in that there was nothing I can say was beautiful about it. He got a terrible and aggressive brain cancer that rapidly stole his personality and ability to enjoy life, and then killed him. After an otherwise healthy life, it was a sucker punch from behind, and to add insult to injury, after years of planning, it was the jarring loss of an imminent move to Las Vegas and retirement with his grandkids. It was a shock, and to this point the worst thing that's ever happened to my immediate family.

"Destabilizing" is I think the best way I can describe my personal experience of his death. The loss of a parent is a particular kind of trauma, I think, which forces you to confront your own mortality, takes away your sense of grounding, and triggers existential crisis. It provided the year of travel with a sense of urgency, to make the right decisions, and to maximize the time that we have.

Dad had a story he told a couple of times that I thought about a lot this year, about a big road trip he took with his Dad when he was a teenager. They drove out from Ohio to the California coast, and the entire way he said he slept in the back seat because he was so grumpy about being with his father, and doesn't remember seeing much of anything. It was clearly something he regretted, and while I don't know if he was intentionally trying to teach a larger message in the telling, it served as a cautionary tale for me during the year, and one of his more important lessons for my adult life. Don't waste the chances you have. Don't sleep in the back seat just because you might not be doing exactly what you want. Dad's rapid and unexpected death made the message even more urgent, because future opportunities are clearly not guaranteed.

In my Grandpa's telling, the story actually ends on a happier note, with my Dad perking up when he let him take control of the car, and drive back home. I first heard that part of the story this year, in the weeks before Dad's death, but it provided an important caveat: a key to taking advantage of your opportunities is developing a sense of control. Not exactly "doing whatever you want", but seeing yourself as being in the driver's seat (a cliche that's unavoidable here) with the ability to influence the direction your life takes. Again, whether or not this was intended as a larger life lesson, I felt it as an urgent one this year.

And so, the last year and a half was full. It was an incredible amount of pretty pictures, but also a lot of deeply felt life lessons. It was inspiring, but also chastening. It was, in review, the lesson that you don't need much to be happy. You can get through a lot of hard stuff. The world is messed up but most people are good people. Live a good life. Take advantage of your opportunities. Recognize that you have influence in your situation.

Now, maybe more than readjusting to life in Seattle (a place I genuinely love and am happy to be), figuring out how to live out those lessons is the challenge now.
Email Post

mrsdearing said…
And I am sure you will do very well with that challenge, Tim! Thank you for sharing your lessons learned.
July 23, 2016 at 11:19 AM

Janean Campbell said…
What a great read and an even more incredible experience you have had. I enjoyed reading your story.
July 23, 2016 at 7:57 PM