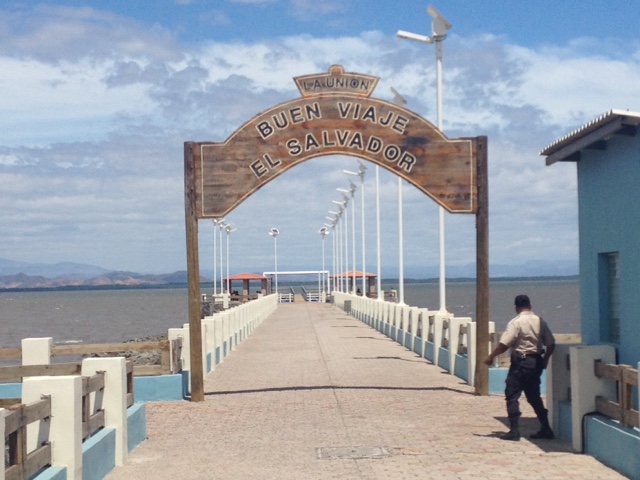 There's something obscene about the idea of coming to Central America and only staying at gringo run establishments, and not primarily because you miss out on cultural experiences. "Cultural experiences" are a generally nice, but relatively unimportant luxury in the grand scheme of things. The obscenity is that, when you get down to it, gringo establishments are basically just a neaveau (nueva?) type of colonization of a place.
The normal modern colonizer's approach is to go to a place, extract the resources (hard resources or cheap labor), throw some change to the locals, and send the bulk of the profits back west to the people who already have more than enough. But you can't extract beautiful beaches and mountains, so the alternative is to buy land there, build restaurants and accommodations, and invite gringo travelers into a comfortable environment in which to spend their money. Employ a few locals to make everyone feel better, but you can't avoid the sense that it is just gringos trading excess cash on local land. You can rationalize with the assertion that gringo resorts draw more travelers (and money) to the area. Maybe there's truth to that, but it doesn't change the unsavory fact that locals (who need the money) could do the same jobs.
Nothing revolutionary there, but the idea has been on my mind as we sit in an admittedly rundown, but local, hotel in La Union - a seemingly lovely little town with a pretty port, some nice waterfront restaurants, a pleasant square, and a remarkably nice new chain grocery store. 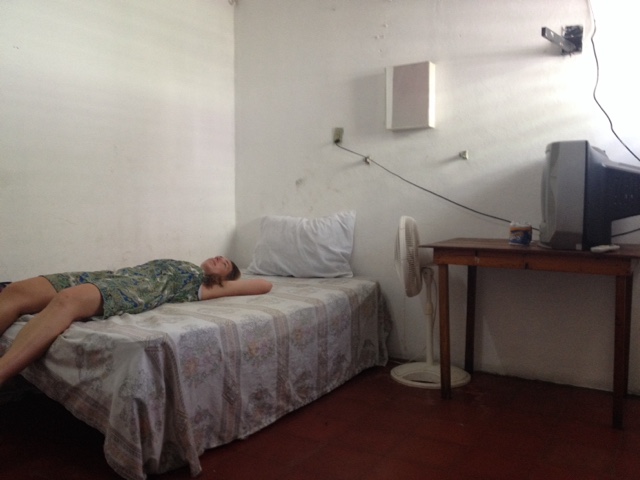 Not much self righteousness here: we're here because we're catching a boat to  Nicaragua tomorrow, and this is the only cheap place in town. But we also got advice from two prominent Gringo sources not to go to La Union: The Lonely Planet and the American owner of a well known resort an hour or so from here. There wasn't advice that it was dangerous or anything - just a general statement that it isn't 'nice' here, and it doesn't have services for 'backpackers'. In fact, it is pretty nice - really beautiful nay, friendly people, all services (including a $12 basic, clean and secure room), a nice waterfront restaurant, and a chance to take a boat to Nicaragua instead of spending 8 hours on a bus. It's a normal to above average place to spend a day or two.
What it doesn't have, strikingly, are gringos. We met two others: a biker who is heading from Ecuador to Mexico, and a New Yorker trying to catch the same boat as us tomorrow. We had to translate for the biker as he was trying to get a room here, because this is a Spanish speaking town in a Spanish speaking country. The locals stare at us, and nobody goes out of their way to speak English to us, except the the kids, who say "hello" and giggle uncontrollably. And so, you have to wonder if this lack of gringos plays into the reputation that this isn't a nice place.
No more time to think about that right now though. We need some dinner. I'm pretty sure they'll have burgers and coke, if you happen to be worried. 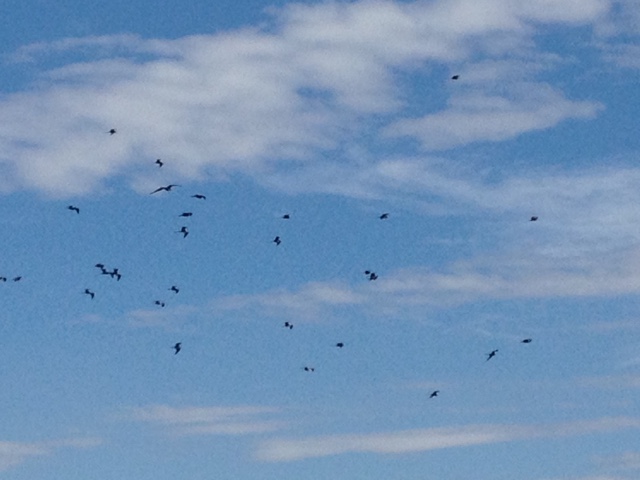