I'm finally home after a few days in Vancouver, and then a few more days in snowy Bremerton, WA. I've got a lot of internetting to catch up on! I'll start with a promised recounting the excitement of my experiences walking around. This time in Vancouver, BC. It was crap weather the whole week, as you shall see.

The first place we visited in "the 'couver" was the Vancouver School of Theology, so that I could complete my first official seminary campus visit. I liked the school a lot, and still expect to do at least some of my schooling there. It was on the UBC campus, which is both beautiful and Canadian. You'll have to check it out for yourself online, because I forgot to take the camera.

After that, we headed downtown to Stanley Park, which is justifiably famous as one of the better urban parks in the world. 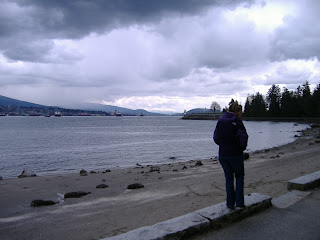 Here's a "artsy-fartsy as I get" photo of Angel along the coastline in the park. 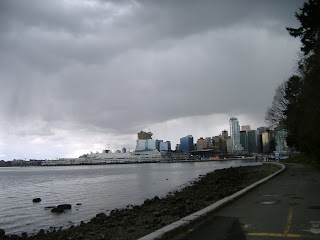 And a view of the city. 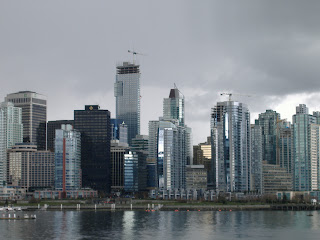 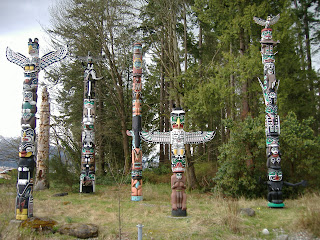 And the obligatory Canadian totem poles. 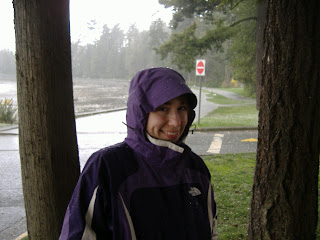 And Angel hiding under a tree just as this was happening: 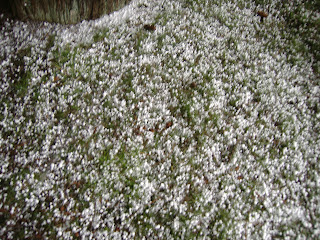 PNW weather. We got hailed on for about ten minutes, which really wasn't that bad b/c I was in a good enough mood to think it was funny: 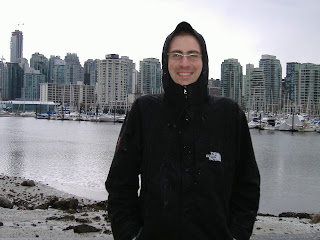 I know everyone makes fun of the fact that all PNWers wear outdoor gear everywhere they go, but I don't care. I for one was happy to have the North Face jacket at the time. (You think you're better than me?) 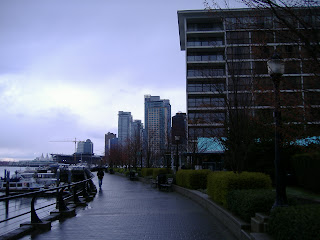 After the hail stopped, we walked down to the urban waterfront and had some tea and dim sum, and dried off. 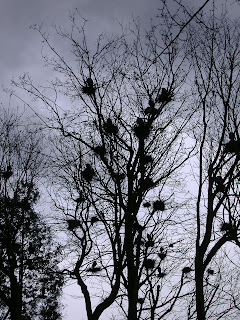 A day later, we finished off our tour of Stanley Park, and noticed that there is a Great Blue Heron breeding ground in the middle of Vancouver, which is cool. There were about ten trees with these really big nests, and a bunch of herons flying around dropping turd-bombs on eco-tourists.
In the meantime, since it was raining, snowing, and sleeting, we visited the Vancouver aquarium. It was nice. Here are some pictures: 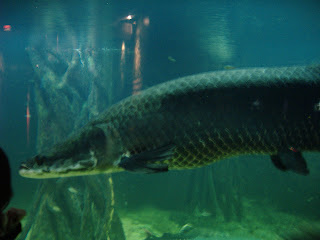 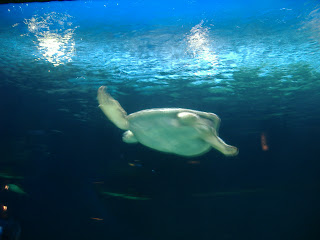 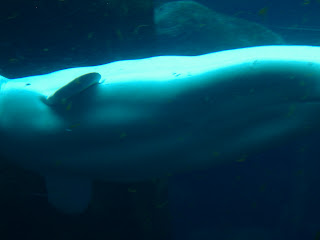 (That's part of a Beluga whale). 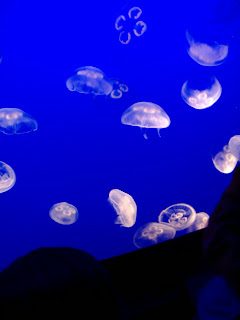 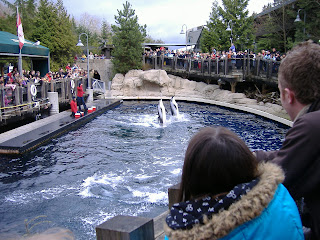 (That's a picture of some dolphins being exploited.)

My verdict from the experience is that Vancouver is a great city. Top three city for me, without a doubt, and for my taste, I can't imagine a much better place. Still sorting out the future, but I'd venture to guess that we'll be spending some time living in the city sometime in the near future...
Email Post