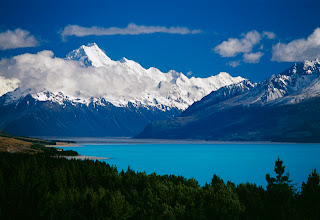 So, recently I've been reading and thinking a lot on "simple living". It's a big trend in emerging church and emerging Christian missions movements, and I read a book called "The Plain Life" by Scott Savage, (who--by the way--came off as kind of an idealistic blow-hard) who became a Quaker, moved to Amish Country, and decided to walk across Ohio on a pilgrimage to renounce his driving privileges in favor of walking and a horse and buggy. The basic idea of "simplicity" is a classical Christian discipline, and it of course means different things to different people. In general, the idea is that you shouldn't possess more than you need. In the past that's been a principle relating to community--you should give away what you don't need, because there are people who do need it. It still is in some ways, but it's also become an environmentalist principle. You shouldn't take more than you need, because there really isn't enough to go around anyway.

This has been an idea that's been in the back of my mind at least since I graduated from high school and spent a week in the slums and neighborhoods of Lima, Peru. at this point my commitment to simplicity basically equates to general vegetarianism, driving an old small car when I'm not riding the bus, shopping for clothes primarily at thrift stores, and living in a small apartment. Nothing terribly radical, or even different than the average Capitol Hill 27 year old citizen. I'll probably push myself a little further in the future, but I have to admit that while I'm intrigued by the idea of selling everything and giving it to the poor, I doubt that I'll ever go that far. At heart I'm a moderate, and I don't know that I'd ever be able to push myself that far, or ask my wife and family to do the same. To some degree, I do think that's a sign of a lack of moral commitment at some level, and a capitulation to American culture. In a consumerist culture, it's hard to even gauge what it means to live simply (not buy new clothes every week?) because we're so far removed from the reality of what we actually need to live. What to do about that? I don't know.

My guess though is that due to the impending environmental and economic crises, in about 50 years we'll all have to learn pretty quickly what it means to live simply. Maybe the only Westerners to survive the eras of the American and European (and Chinese?) empires will be the Amish, the Franciscans, and the hippies. That would mark an interesting shift in the human gene pool anyway.
Email Post
Labels: me being liberal My Philosophies for life Religion and Ministry

Anonymous said…
I've generally held the belief that any impending doom on a "national" level wouldnt affect the Amish. No power, no fuel, no problem. I'm sure they do buy a few goods, but overall they'd be fine. Hippies? They havent a chance. Most hippies i've run into are in name only, and are just a sub-brand of hipster. The majority of original hippies have bought into the american dream--if i remember correctly, many of them couldnt make it living off the land in the first place. Rural Southerners and western ranchers would have to adapt to some changes, but most would be ok. I can farm, fish, hunt, and cook outdoors. I'd almost welcome the return of the Southern Agrarian.

In terms of simplicity, I think we have to take baby steps towards applying it. 10 years ago, I would have scoffed at the idea entirely. Now, I live fairly simply, though not as an ascetic. I do want to enjoy the short life I have, mostly with food, drink, and a few friends. Any luxuries, I buy used...or borrow. Do i have more than i need, probably--I understand the uncertainty of the future. Do i have so much that i'm wasteful, no.
November 16, 2007 at 5:14 PM